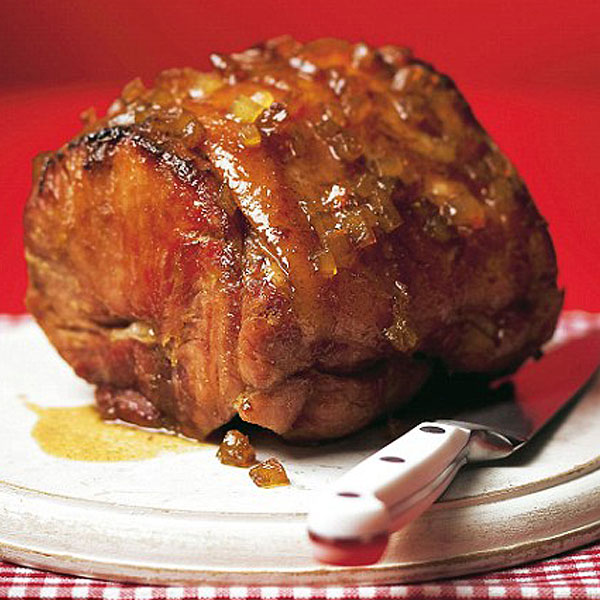 We prefer to cook a whole joint in the oven rather than boiling it on top as we think it shrinks less. If you do not have a pan which will fit in the oven you can simmer it, covered, on the hob for the same timings

SERVES 20 AS PART OF A BUFFET MEAL

AGA - Bring the pan to the boil and simmer for 5 minutes, cover and transfer to the simmering oven for about 90 minutes until tender. Spread the glaze over the gammon and slide on to the lowest set of runners in the roasting oven for about 20 minutes, or until golden.

This recipe is from: Family Sunday Lunches (Headline)